There are a variety of recruitment pathways into the Barking Abbey Netball Academy.

We aim to recruit hard working student-athletes focussed on developing their talent and willing to commit their efforts to an elite programme.

The Barking Abbey Netball Academy has a proven record of nurturing talent to its full capabilities with students regularly progressing through the performance pathway with some reaching the highest level.

We are not an exclusive club; players following our academy programme are still able to represent their clubs. This can be for any netball player from the experienced to the novice as long as they can indicate their qualities and attributes as an athlete.

The Barking Abbey Netball Academy also holds open trials at its training base.

These trials are included as additional routes to the programme for all potential applicants. 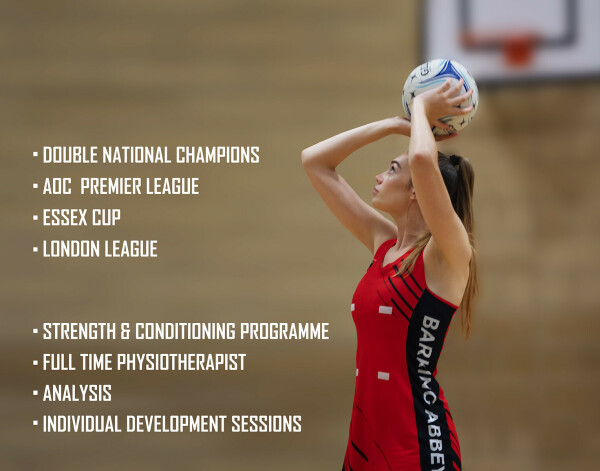