The KS3 Debate Mate finalists travelled to Central London to take part in the Debate Mate Cup Grand Final at Salesforce Tower. It was the first in-person Grand Final since 2019 in such an impressive and prestigious location, and the students thoroughly enjoyed the day. The reception area has a 70,000-litre aquarium containing around 1,200 fish; the largest privately owned example in the UK and contains over 60 species of fish in an entirely sustainable ecosystem. We were told that the tank is maintained by three part-time divers who clean the rockwork and glass regularly. We then proceeded to the 36th floor where a full, intense day of expert debating took place. We won 1 semi and lost the second, so we didn't make it to the ultimate grand final but considering our Y7-8 team were up against Y9-10 teams, I think we more than held our own! It was such a huge achievement to have made it into the top 10 teams in the country, and the standard of debating yesterday was phenomenal. Well done to our finalists. 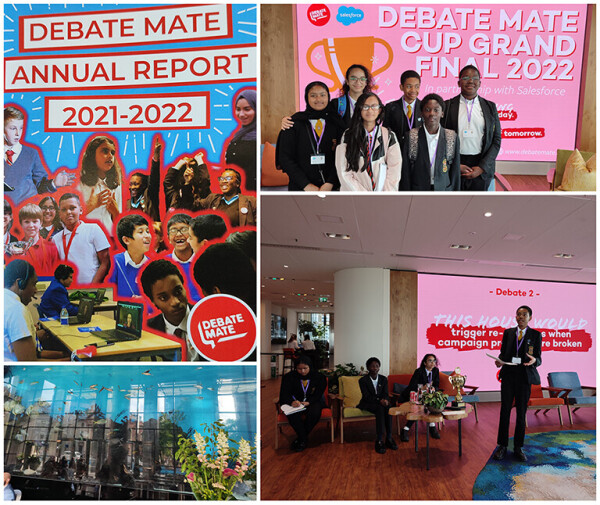